This past weekend we were invited to celebrate the launch of the new American Express Platinum card (AmexPlatinum) with a VIP experience at a Chicago Bulls game. Along with the Bulls v Hawks game in Chicago, Amex showcased the types of premium access that come with Platinum Card Membership with various events in other cities {check out #amexplatinum on social media}, including dinner at Bazaar in Miami and Hamilton in NYC – amazing.

Two days before our Chicago event, we received the boxed invitation in the mail. 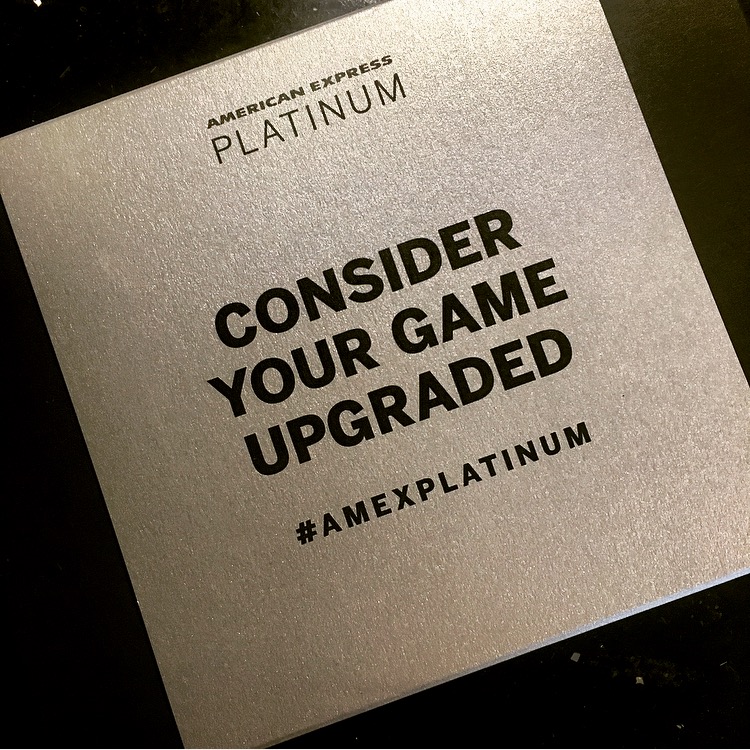 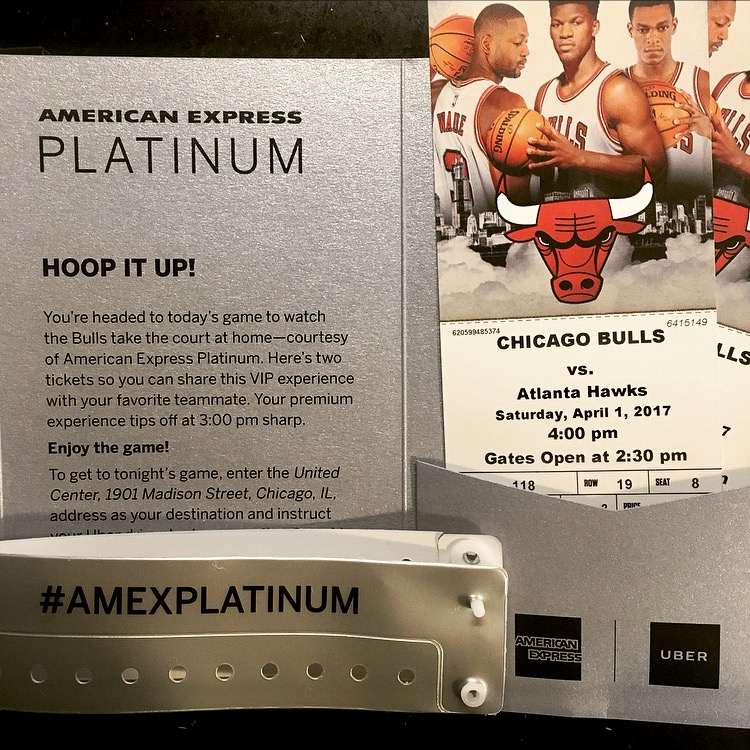 Not only did we have great seats, but when we arrived at Gate 4 of the United Center, the #AmexPlatinum team welcomed us, explained the various parts of the event, and then set us up with a gift box including snacks and other goodies.

One of the goodies was a gift certificate to use for any additional snacks or drinks while at the game. You may know that ever since Big Star opened up a kiosk at the United Center, our go-to game experience consists of tacos and their Elderflower Sour cocktail. Both options never disappoint and made for a delicious lunch while enjoying the game. 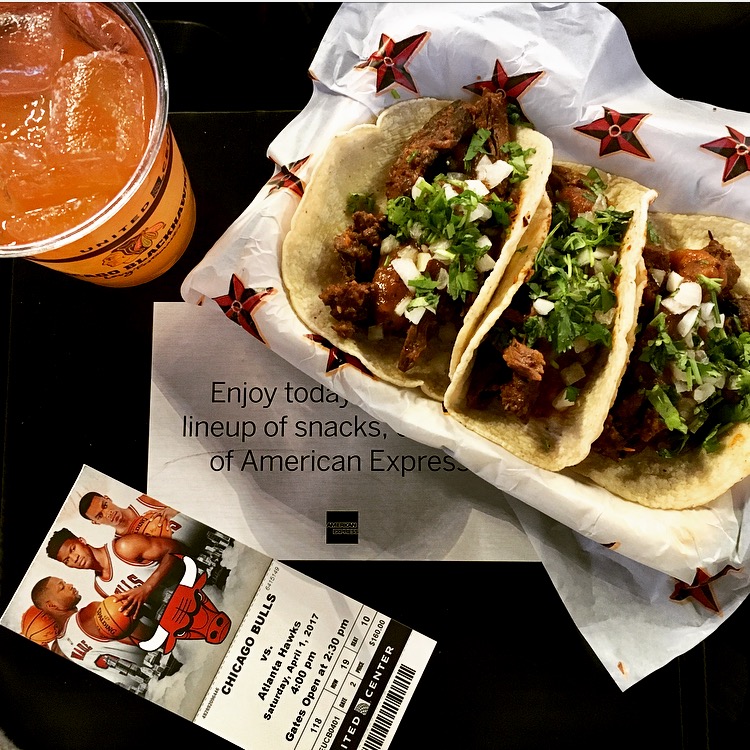 The last minute of this game was pretty exciting, and the Bulls walked away with a good win! After the game, we were escorted to the Club Lounge where we had the privilege of meeting Hall-of-Famer Scottie Pippen via a photo op where he also signed jerseys for each lucky guest. 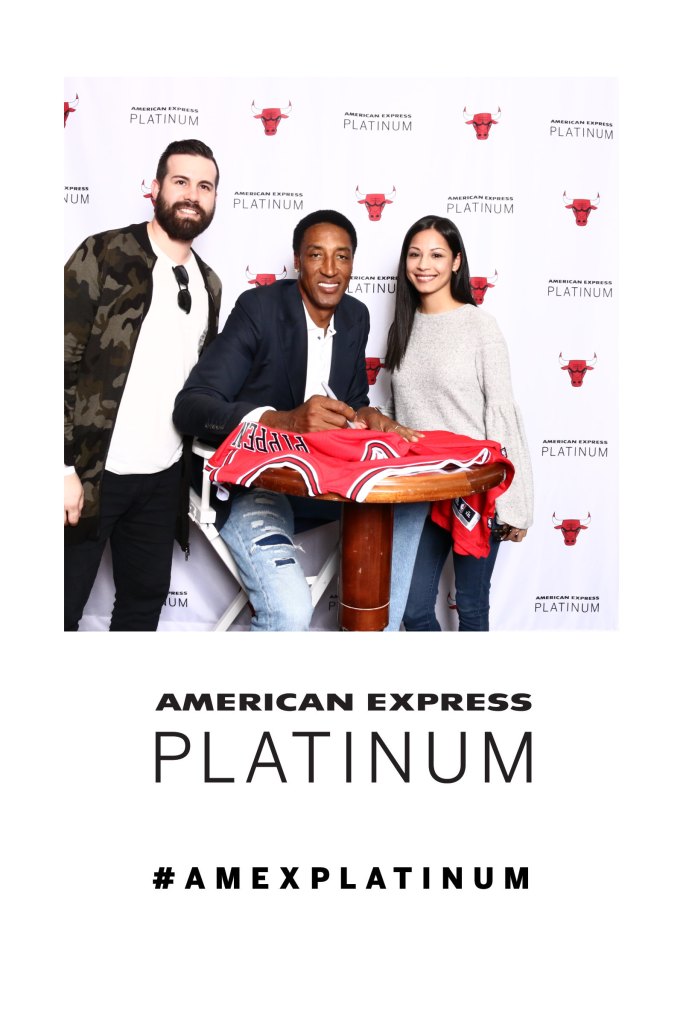 Overall, not only was the game exciting, but the entire event was so well done and fun! We had an awesome afternoon and date day.